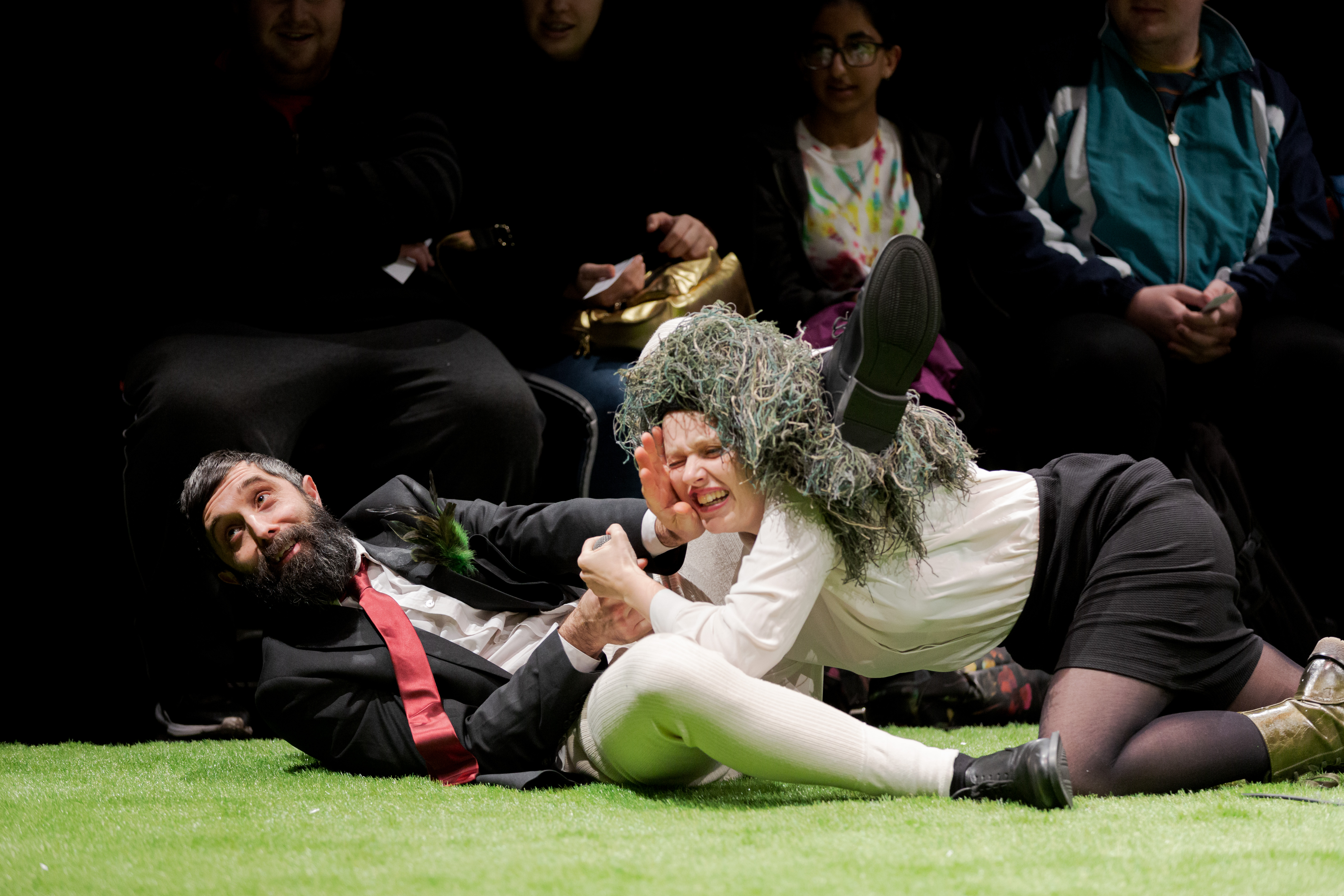 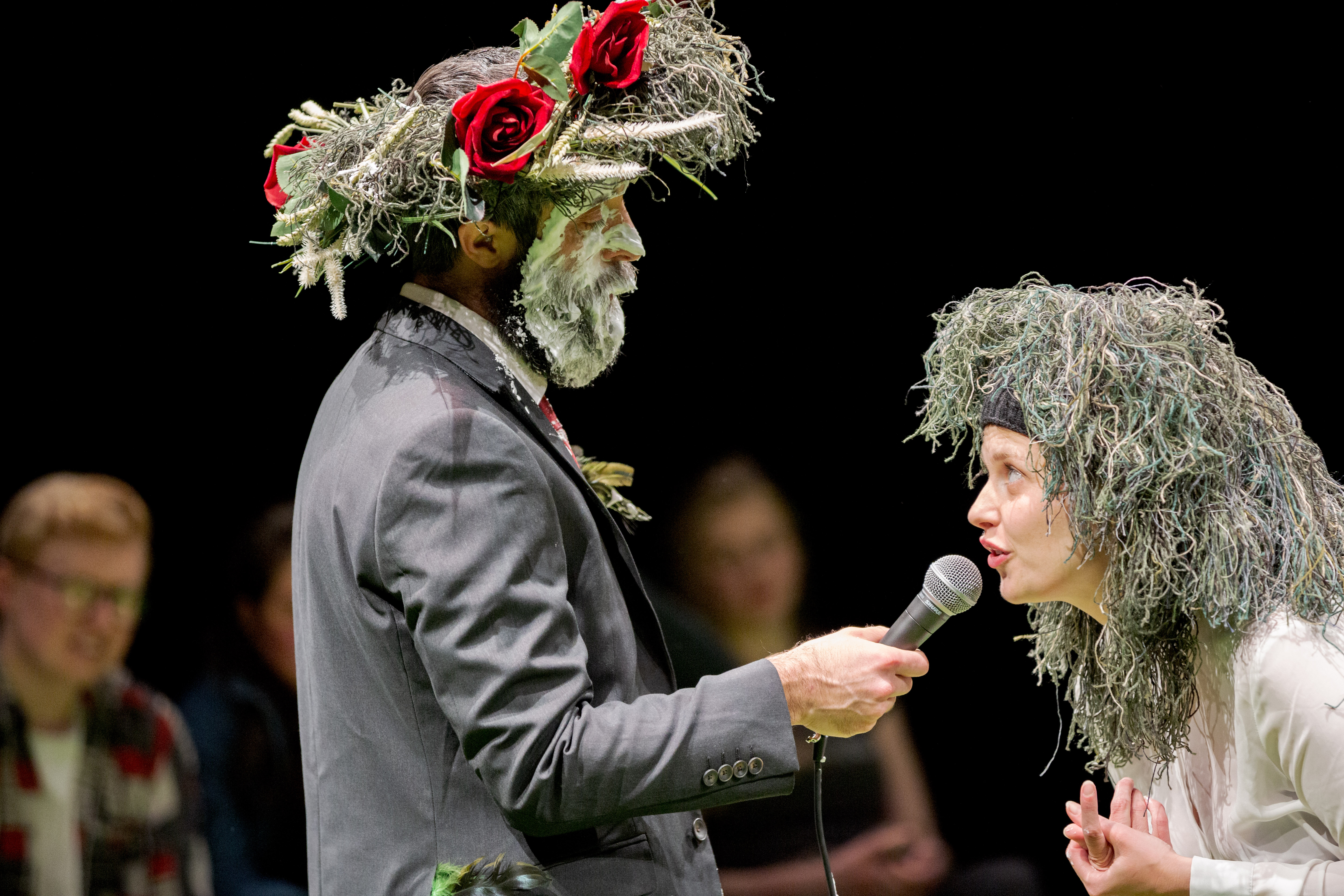 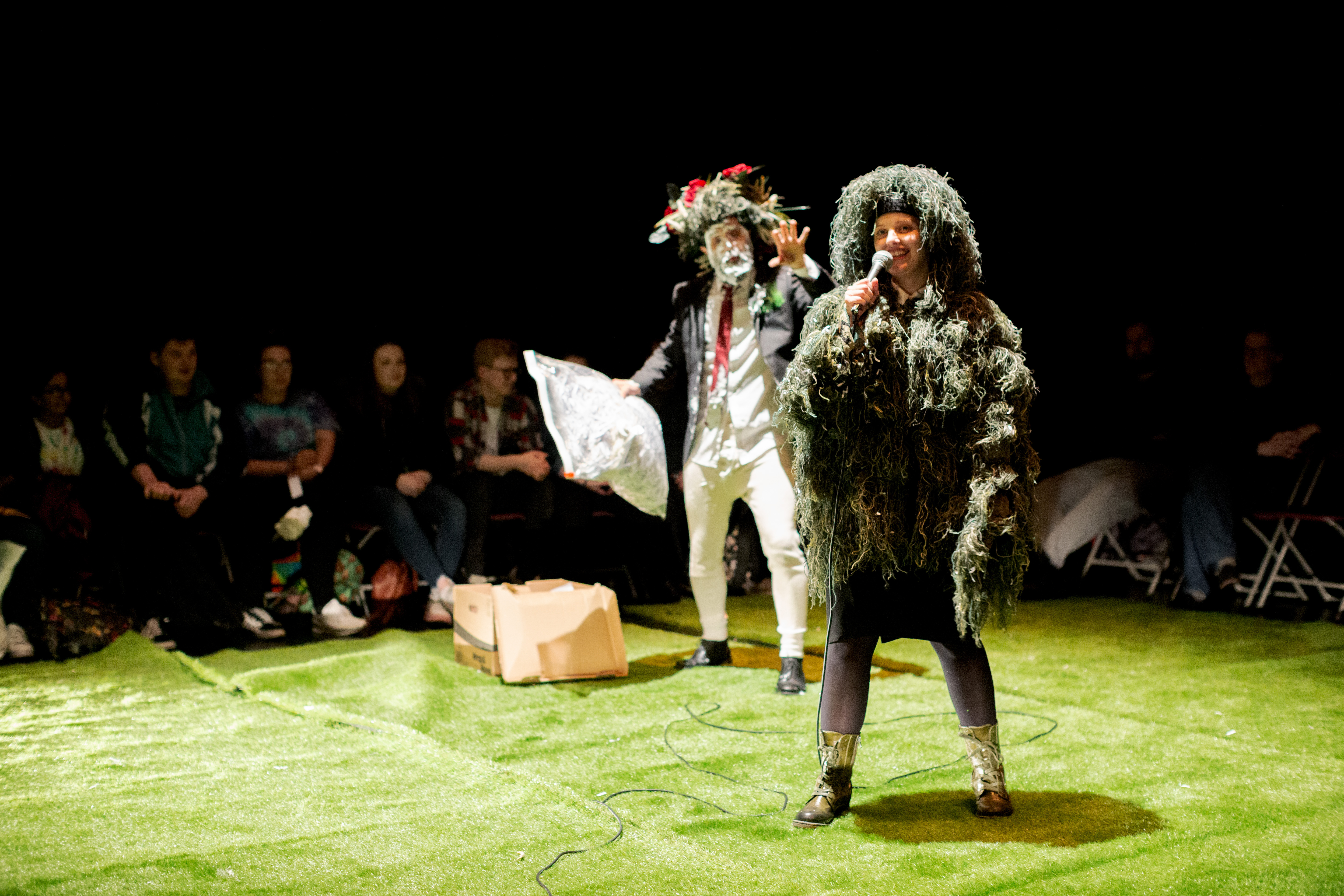 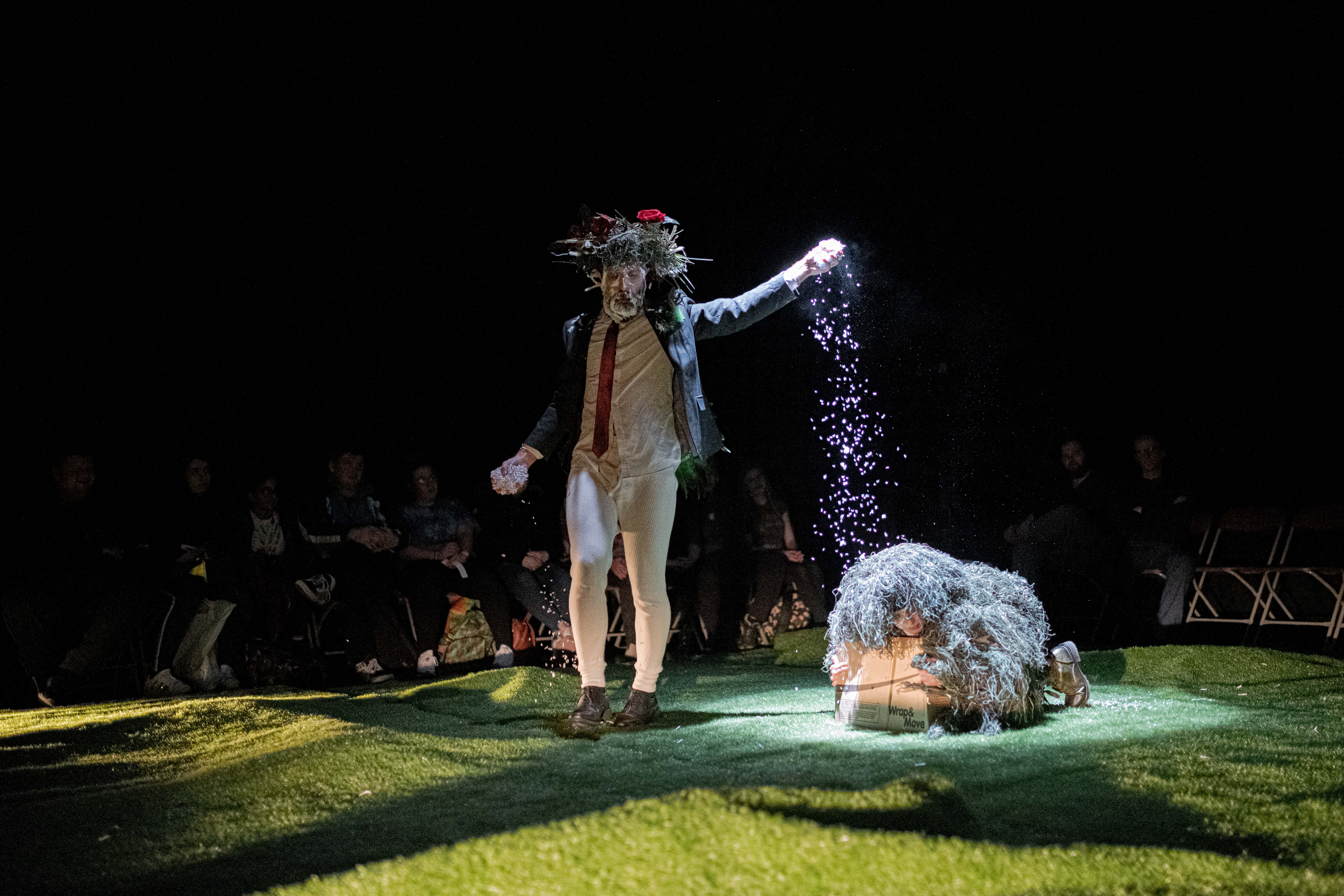 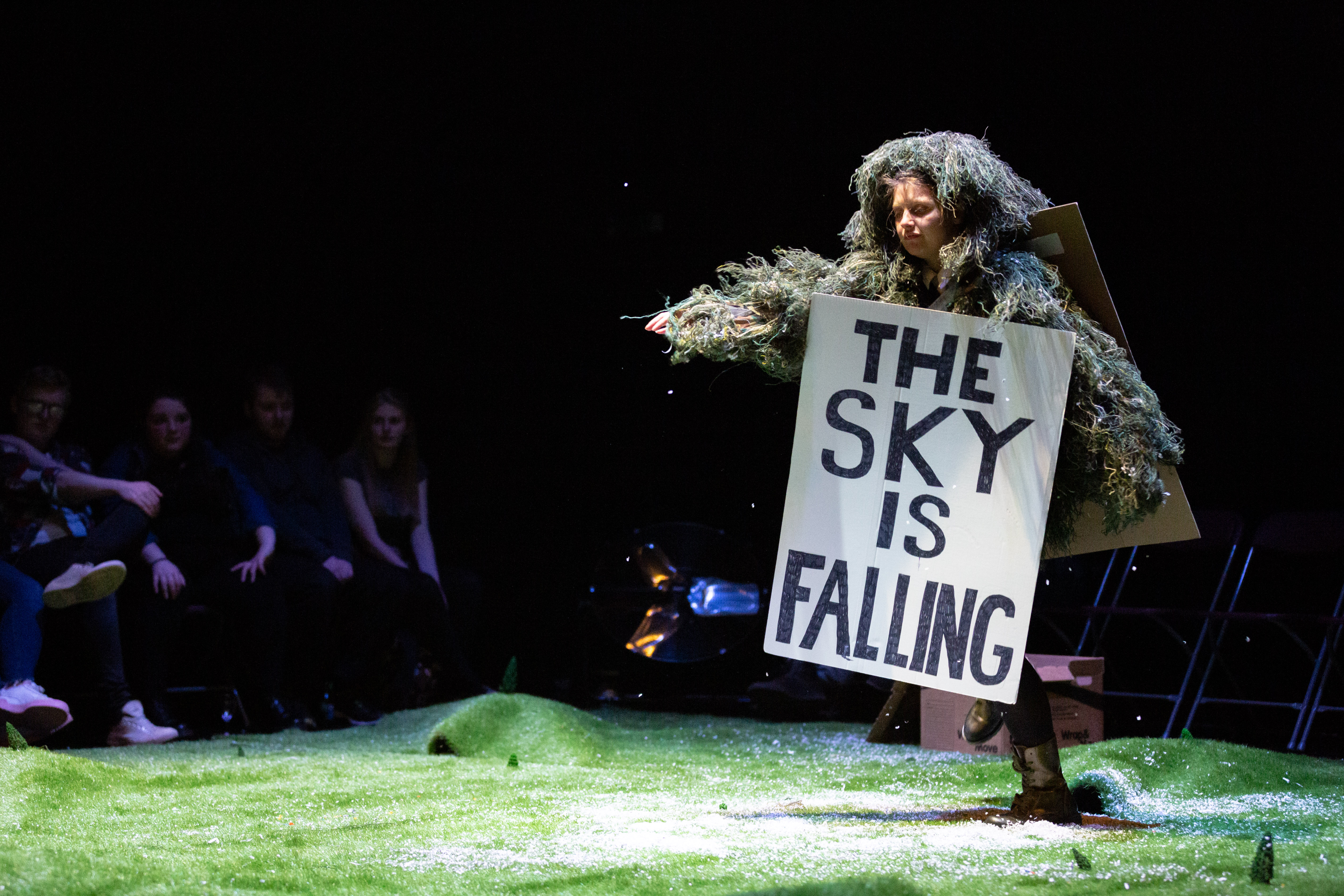 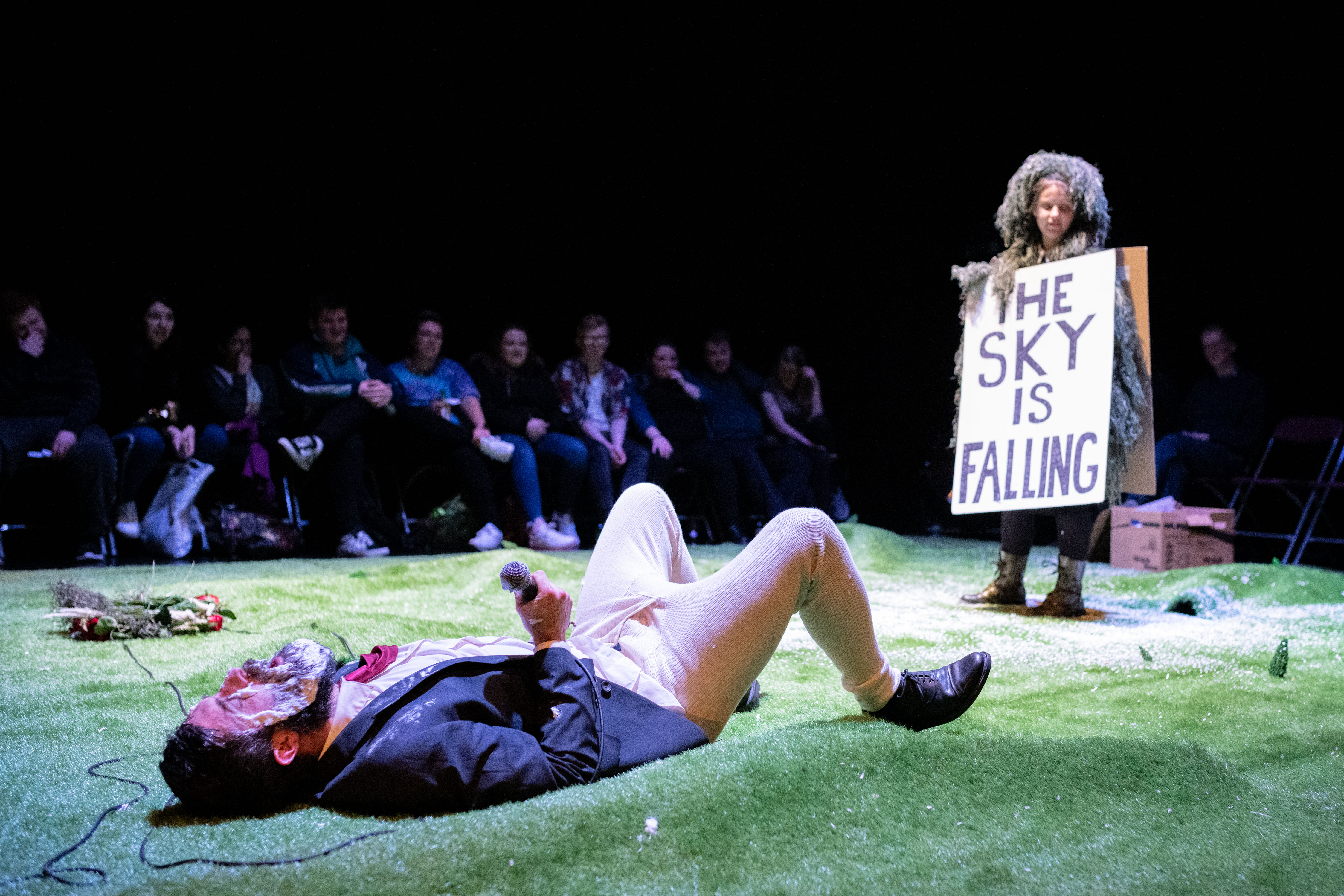 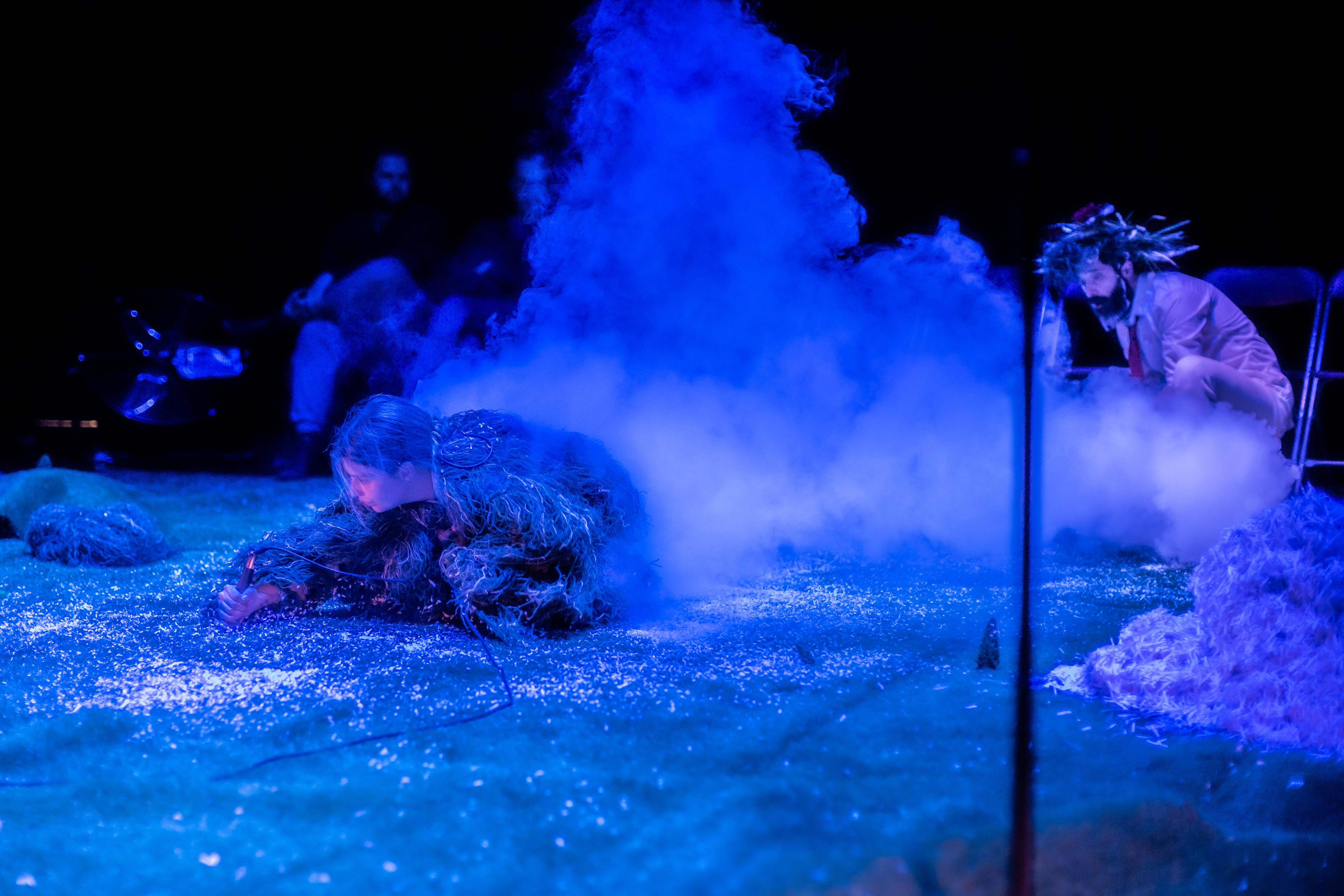 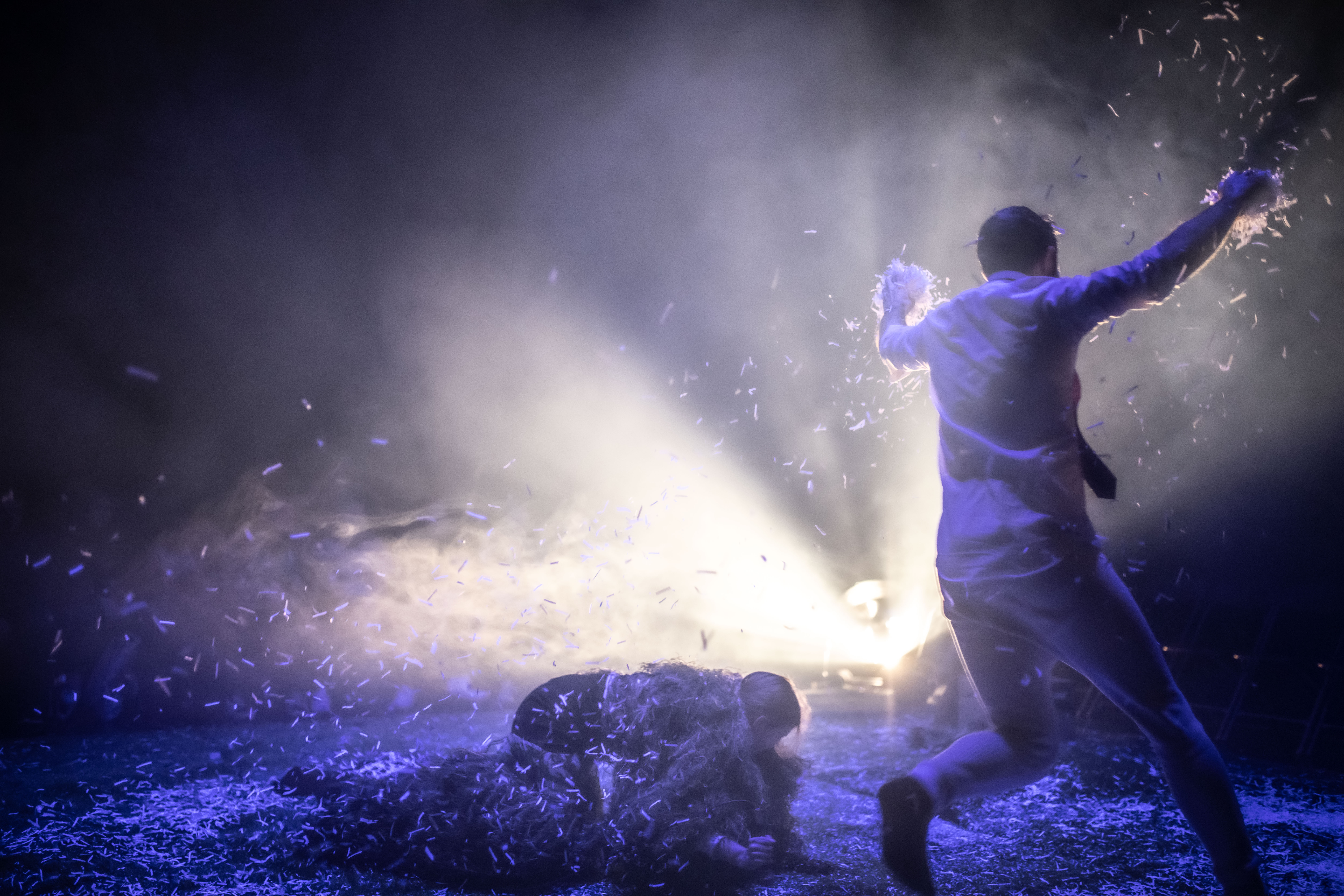 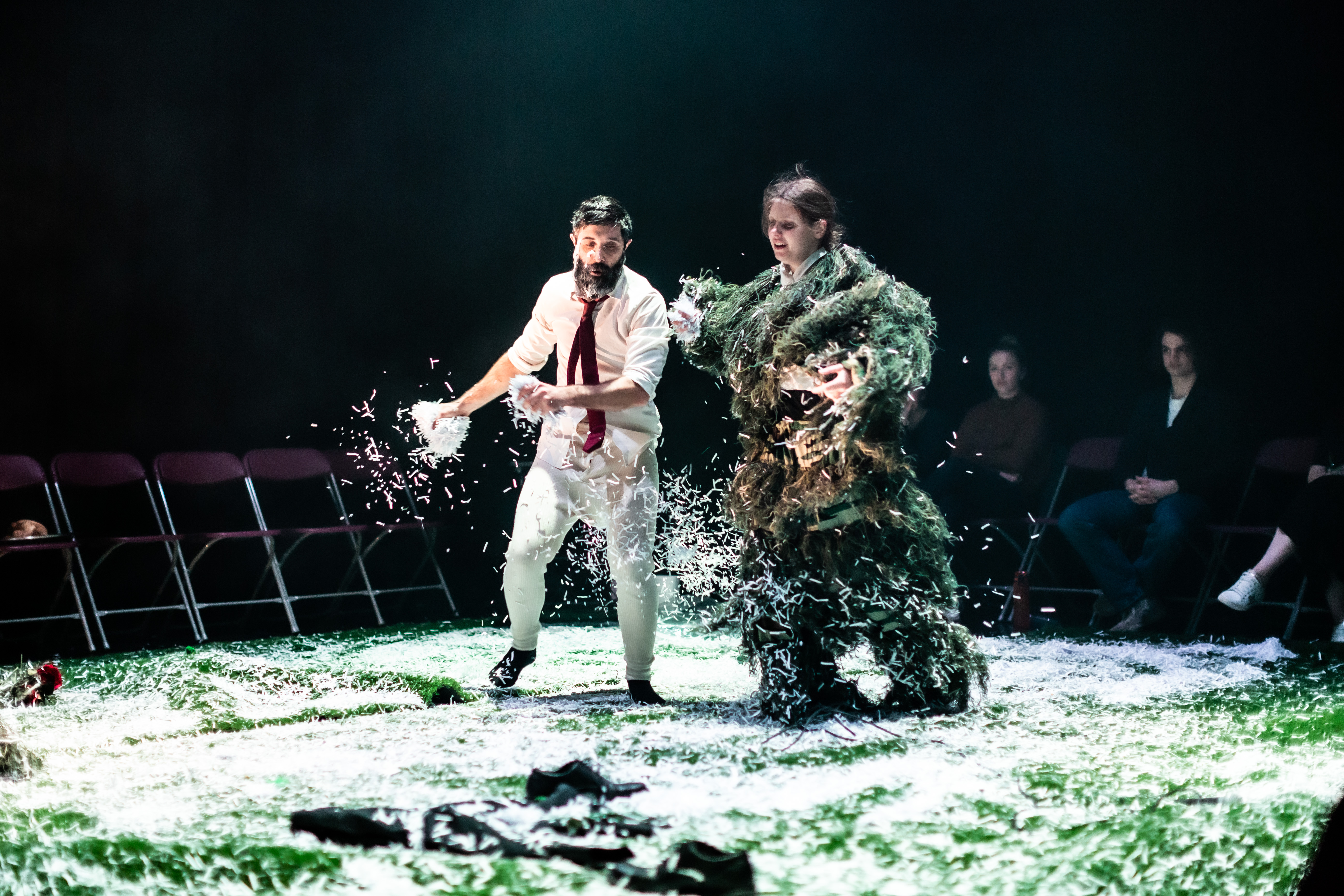 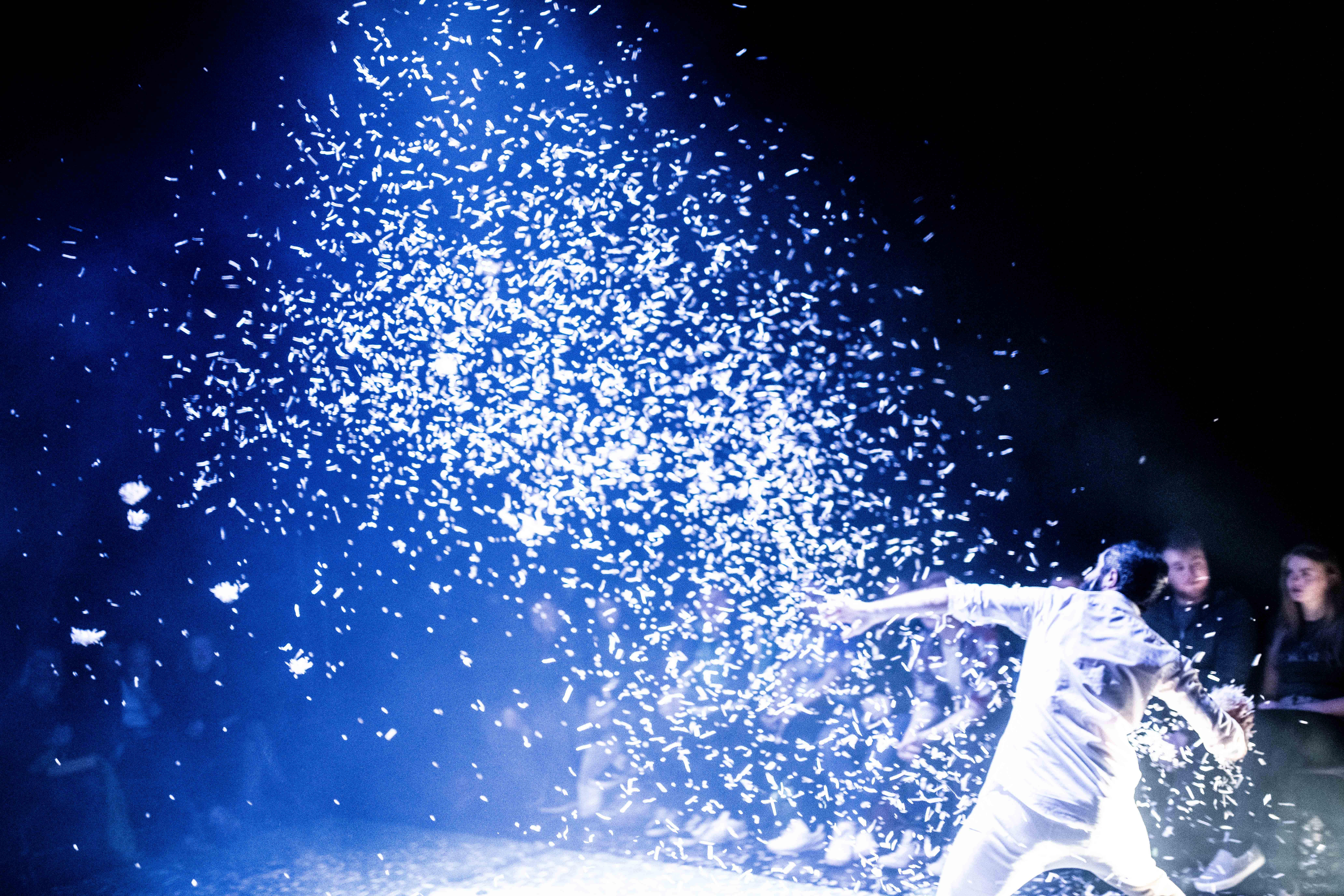 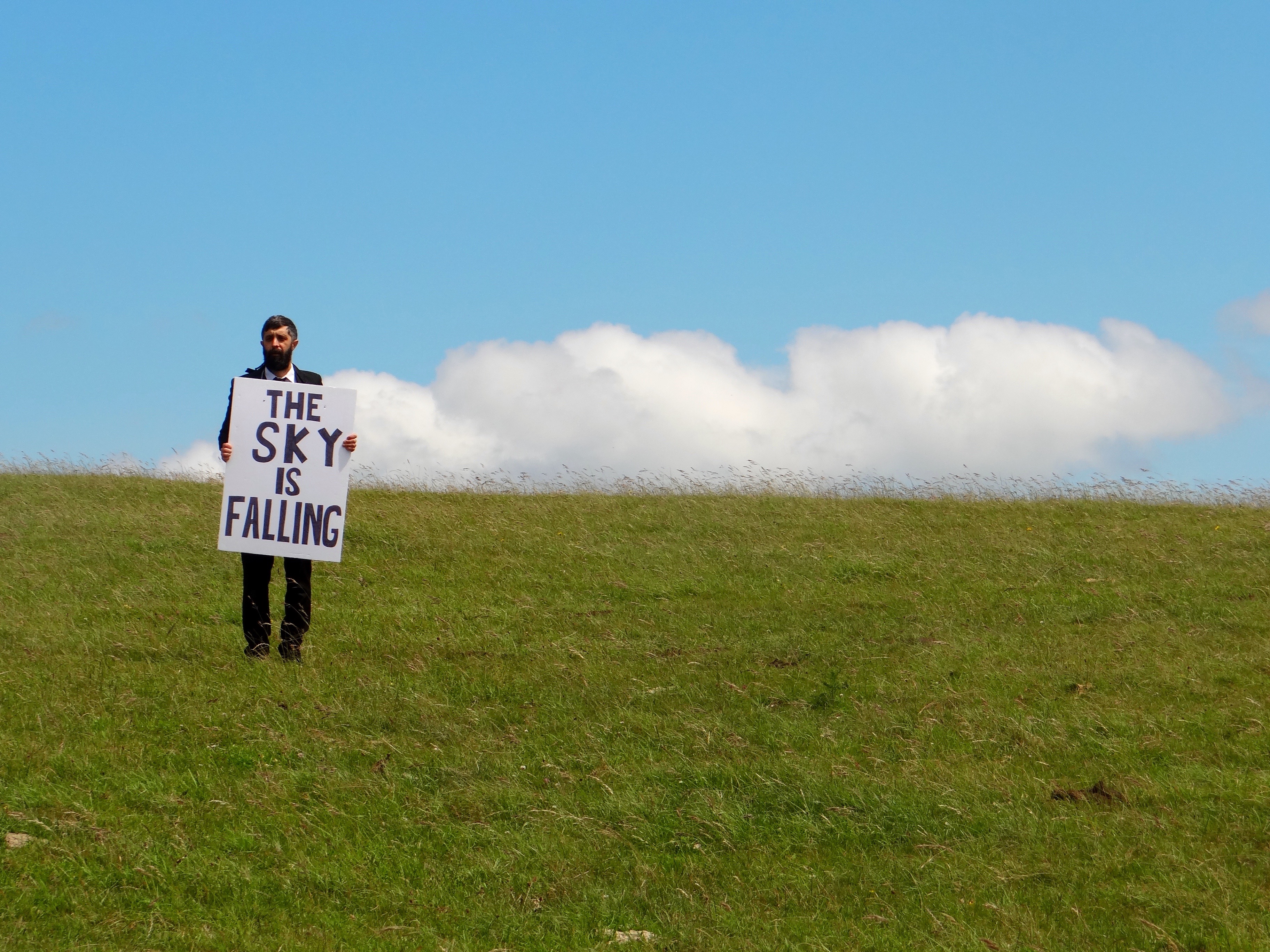 And then in walks this chicken….

Somewhere between the wilderness of the Heath and neatly trimmed grass of The Rose Garden, Lear and the Fool fight to control the narrative of this darkly comic ecological fable about denial, liberal concern and empty gestures.

STORM is a whirlwind. It’s a bullshitting hurricane powered by ‘clean’ coal. It’s Jake Gyllenhaal running from the surge. It’s a fake tree in a fake forest in a fake landscape. It’s a sea of troubles. It’s a call to arms. It’s a great big unfathomable inevitability. It’s this dreadful pother o’er our heads.

Made with support from Arts Council England, SALT Festival of the Sea and Environment, Derelict and the Univeristy of Chichester.