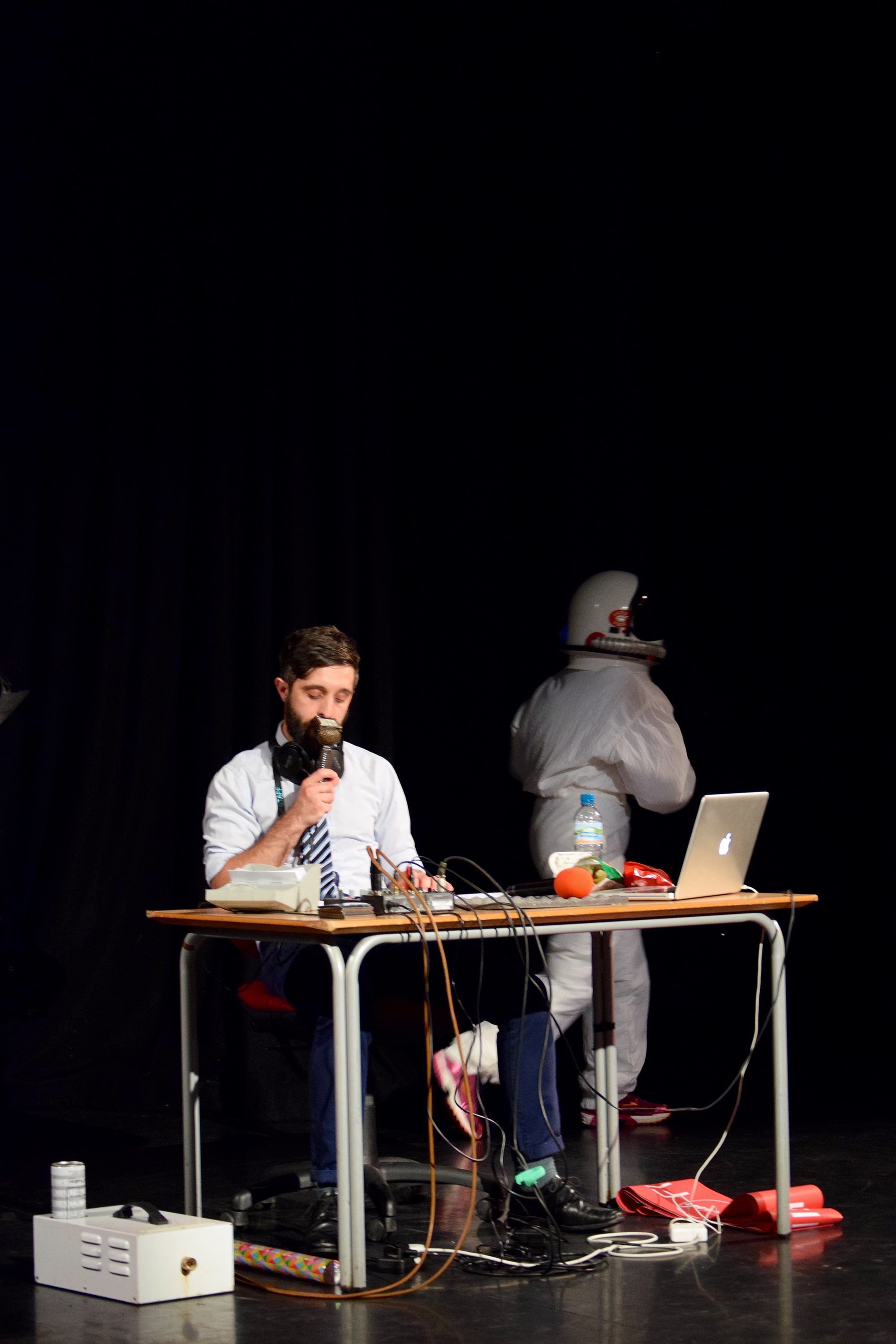 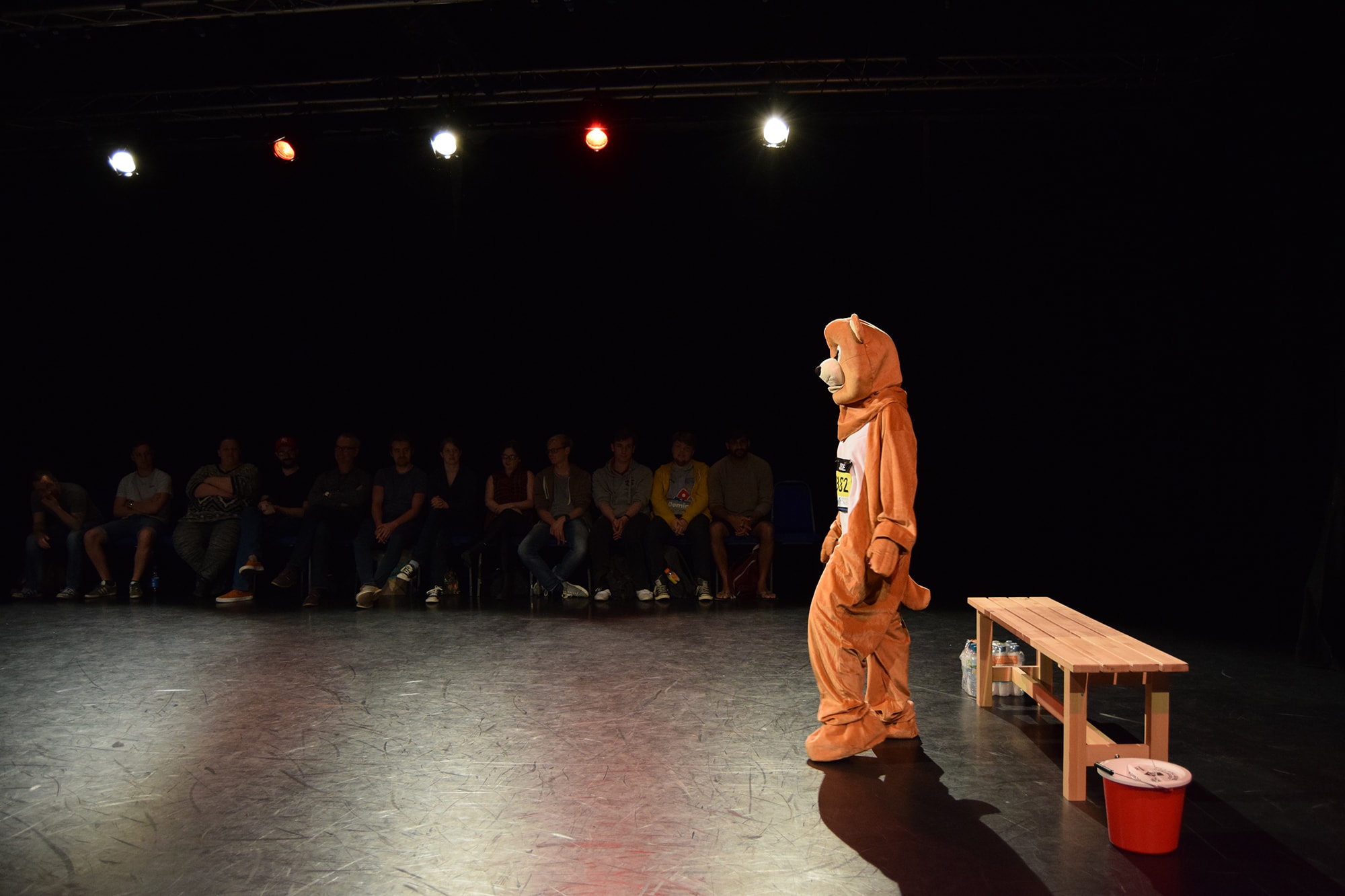 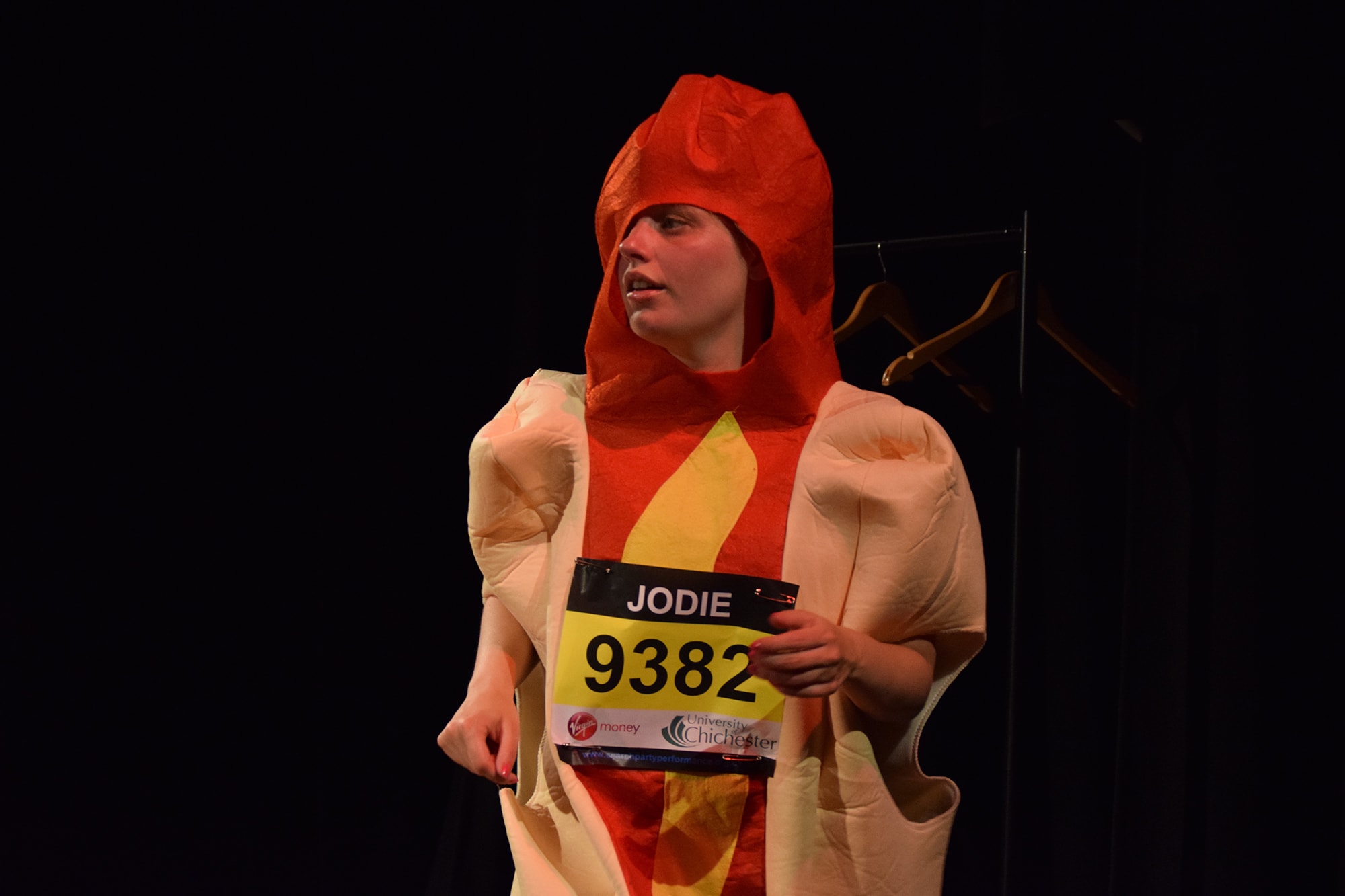 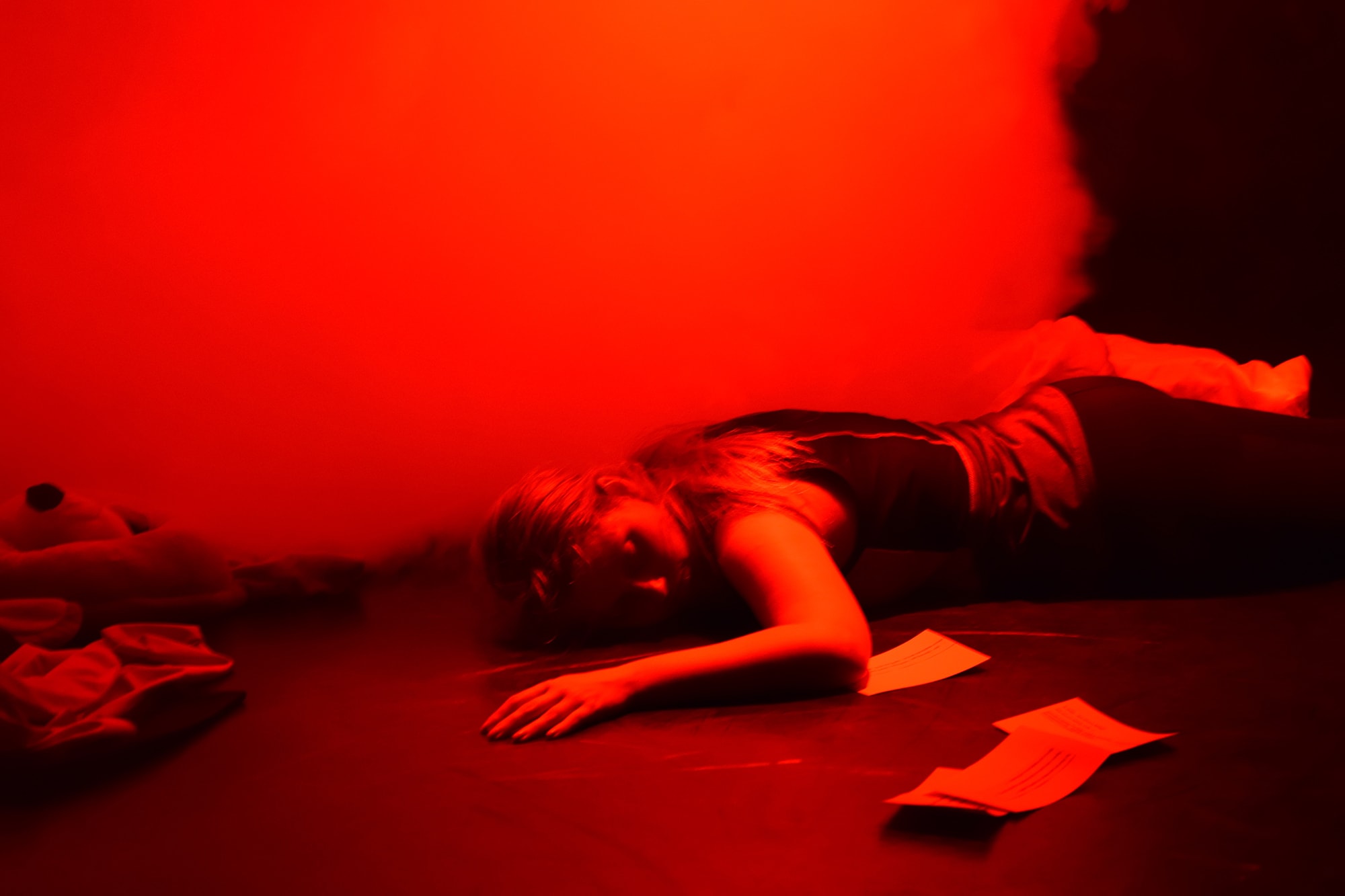 Keep Going the Rhino! (2016) is a re-staging of a performance originally conceived in 2007. The 2016 version is framed as a DIY recreation of the epic spectacle of the London Marathon complete with amateur running, cumbersome costumes, and an army of volunteers all framed by the linguistic game of the sports commentator. Jodie runs for the duration of the performance, as a bear, superwoman, an astronaut, and a hotdog, desperately trying to accumulate donations into her bucket whilst Pete commentates.

The 2016 version was created as part of Pete’s PhD titled Sports Commentary and the Performance Event: How Neoliberal Ideology Reframes Spectacles of Participation. The performance, alongside the thesis, has a dual focus – to present the mechanism of sports commentary as a performative game, and to critique the ways in which this mechanism makes the marathon perform as complicit with neoliberal ideology.