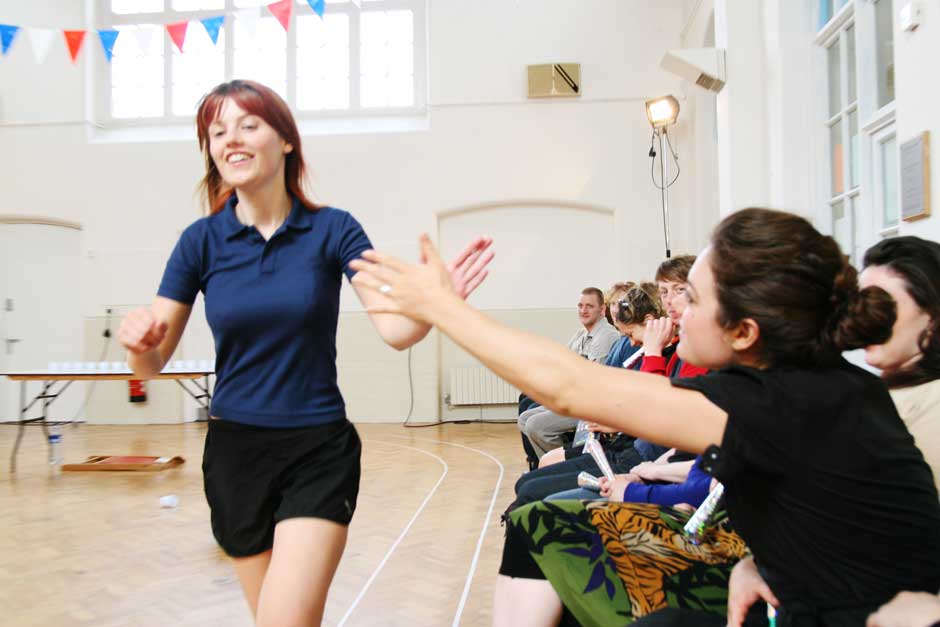 During 2007 Search Party attempted to become sports fans. To experience the euphoric victories, the bitter defeats, the heroes, the tragedies, the underdogs and most importantly the hope, the impossible hope that tingles secretly within you when outwardly all hope has been relinquished.  Search Party placed their hope in Tim ‘the Tiger’ Henman’s quest for Wimbledon glory, in Exeter City Football Club’s heroic journey to Wembley Stadium, in Billy Vodden the 33-1 outsider in the Grand National and in everyone who ran the 2007 Flora London Marathon.

Seated around the edges of a running track, spectators witness Search Party re-tell and re-imagine their own attempts to become sports fans. Using a stark blend of the physical endeavour of running and a sporting commentary text, Keep Going the Rhino! describes the hope and despair that accompanies British sport, inviting the audience to place their hope in Search Party and experience the highs and lows of wearing your heart on your sleeve.